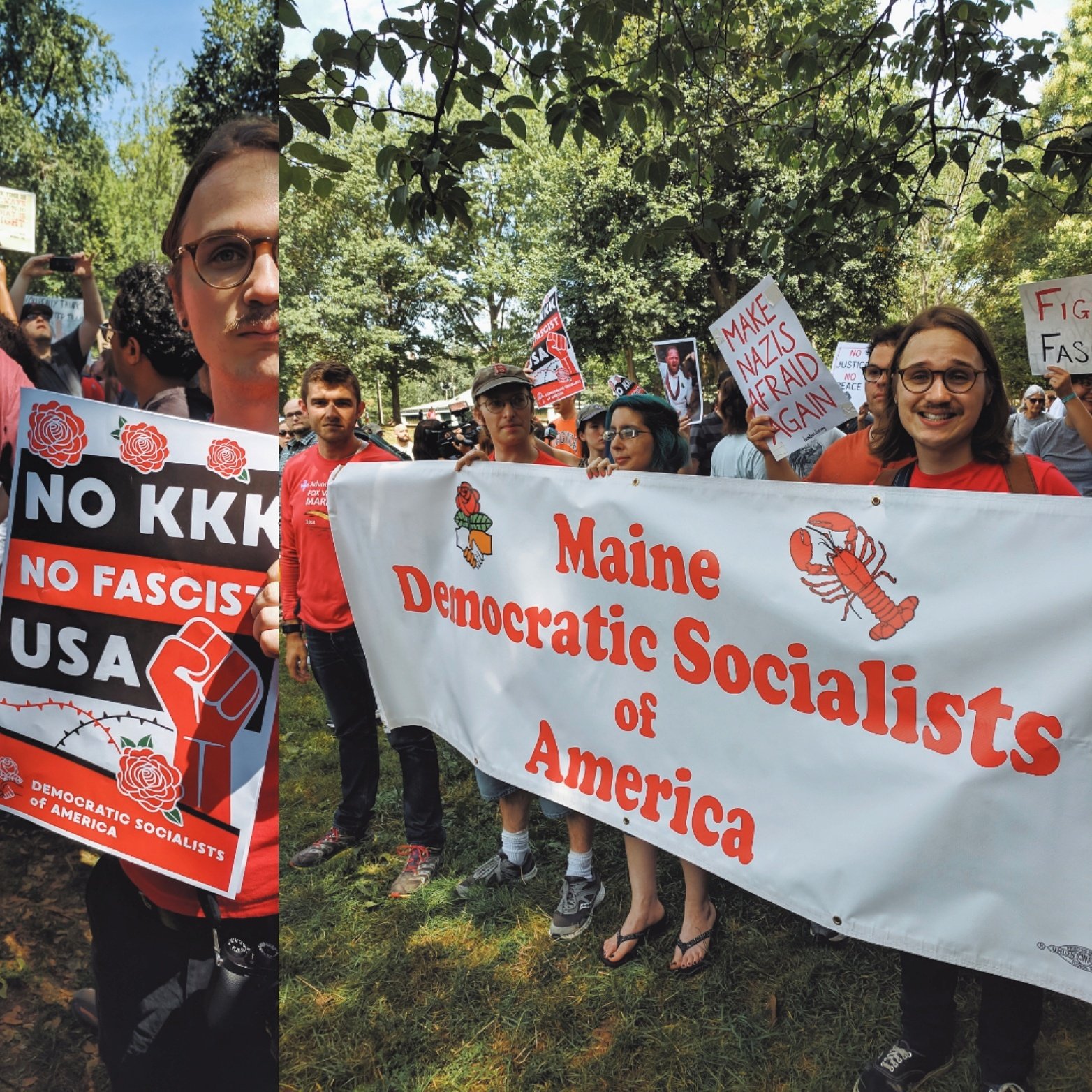 2018 Counter Protest to the “Unite the Right” Rally in Boston, Mass

Like all good millennials, I was all about Obama. After all, the George W. Bush years were literally a coming of age experience for me. By necessity, those years were also my time growing political and economic awareness.

Rachel Maddow and Jon Stewart made it abundantly clear Obama was not George W. Bush and crony Republicans – and if that was enough for them then well damn that was enough for me. The enemy of my enemy is my friend, and if there isn’t something I love more it’s a good rivalry! I was on the other team, I was the opposition, I was a loud and proud Young Democrat!

In addition to the historical identity politics at play, Obama made some ambitious promises: some that were achieved, many that were watered down, and some that were never achieved. To this day, I wrestle with the idea that perhaps Obama was more progressive than the position and the party would allow him to be, and he was ultimately molded by the machine once he secured the seat. It was easy to get swept up into the “Hope”. Maybe he did deliver hope, but substantial meaningful change?

The years dragged on learning and living in the real world, no longer a bright eyed and bushy tailed college freshman. The hard truths of our system compounded with month after month of disappointment with my liberal hero and the team he was batting for began to reveal patterns to me. Ramped up deportations, growing the military industrial complex, growing income inequality, and inexcusable missed opportunities coupled with watered down legislation influenced by the extreme right and monied interests.

As I observed, became a part of, and struggled to understand the gross inequity of our national and global environment it became more and more clear that underserved, the underrepresented wasn’t best served by a party so beholden to all of the status quos. Life is never going to be quite easy, but I understood that it doesn’t have to be so hard.

I took macroeconomics, I took microeconomics, and more and more there was clarity to the common thread, the bedrock of all those status quos: Capitalism.

Thinking back to all that “Hope”, the Democrats didn’t seem to ever really address this fundamental flaw for all of the ails they identified.

I picked up things here and there. I learned about profit sharing, I saw the Market Basket strikes rock my local community – I saw the passion people had when they felt connected with a meaningful employment and its place within their community. I learned more about the power of organizing with unions and the equity of worker cooperatives. Those were now, but what could be in the future? Socialism.

Something that scares people when you talk about socialism, this idea that it has to be one way. It doesn’t. It really doesn’t. Like a good American, one of my vices is that I really enjoy the process that goes into making a purchase – I really like a well-made product. The research that goes into picking up a meaningful item in your life is something that I’m drawn to. There’s this idea that socialism eliminates choice and market economies – which simply isn’t true, or at least it doesn’t have to be.

And while it was all fun to think about, I came back to reality with the last election cycle.

History shows us that we have to be active in meaningful ways if there is to be the change. We have to be organized, we have to be equitable, and we have to show up – and that is what socialism means to me. I don’t know what the socialism we are building will look like at some hypothetical endpoint, I am just one voice.

But there’s so much work to be done between here and there. Turn on the news, you’ll see – the Democratic Socialists of America are doing the work- and I’m proud as hell to say that I am a part of it.

Every month, we ask a member to share their story of what Democratic Socialism means to them. If you’re interested in telling yours, please email the chair.